The high quality of Dutch dairy is the basis of a strong economic sector. 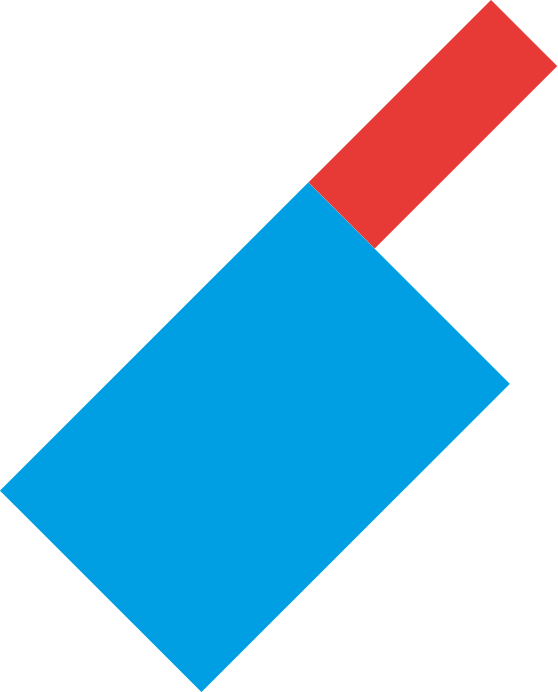 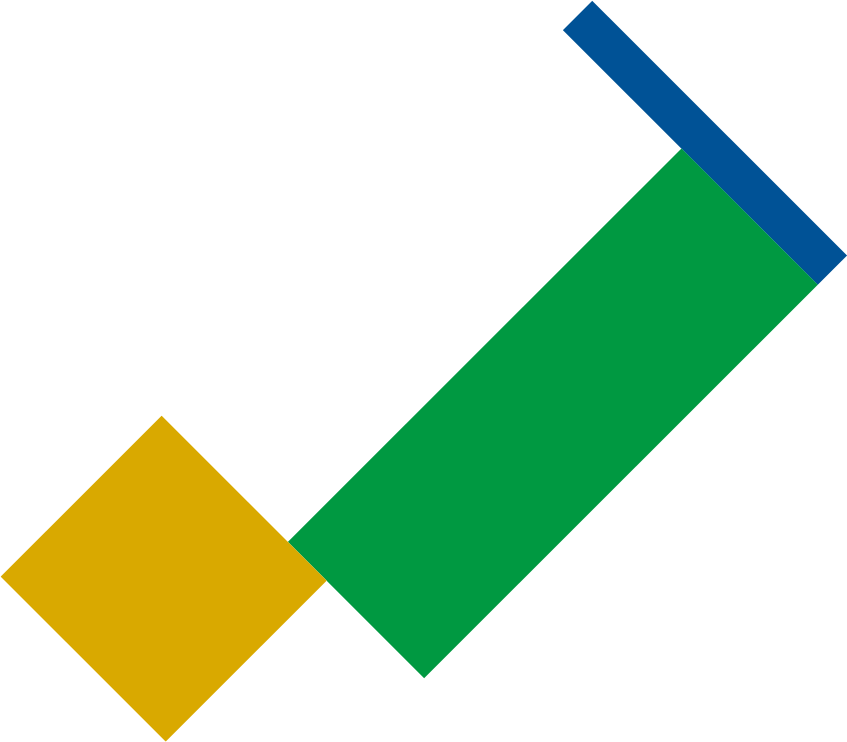 Scroll downA look behind the scenes 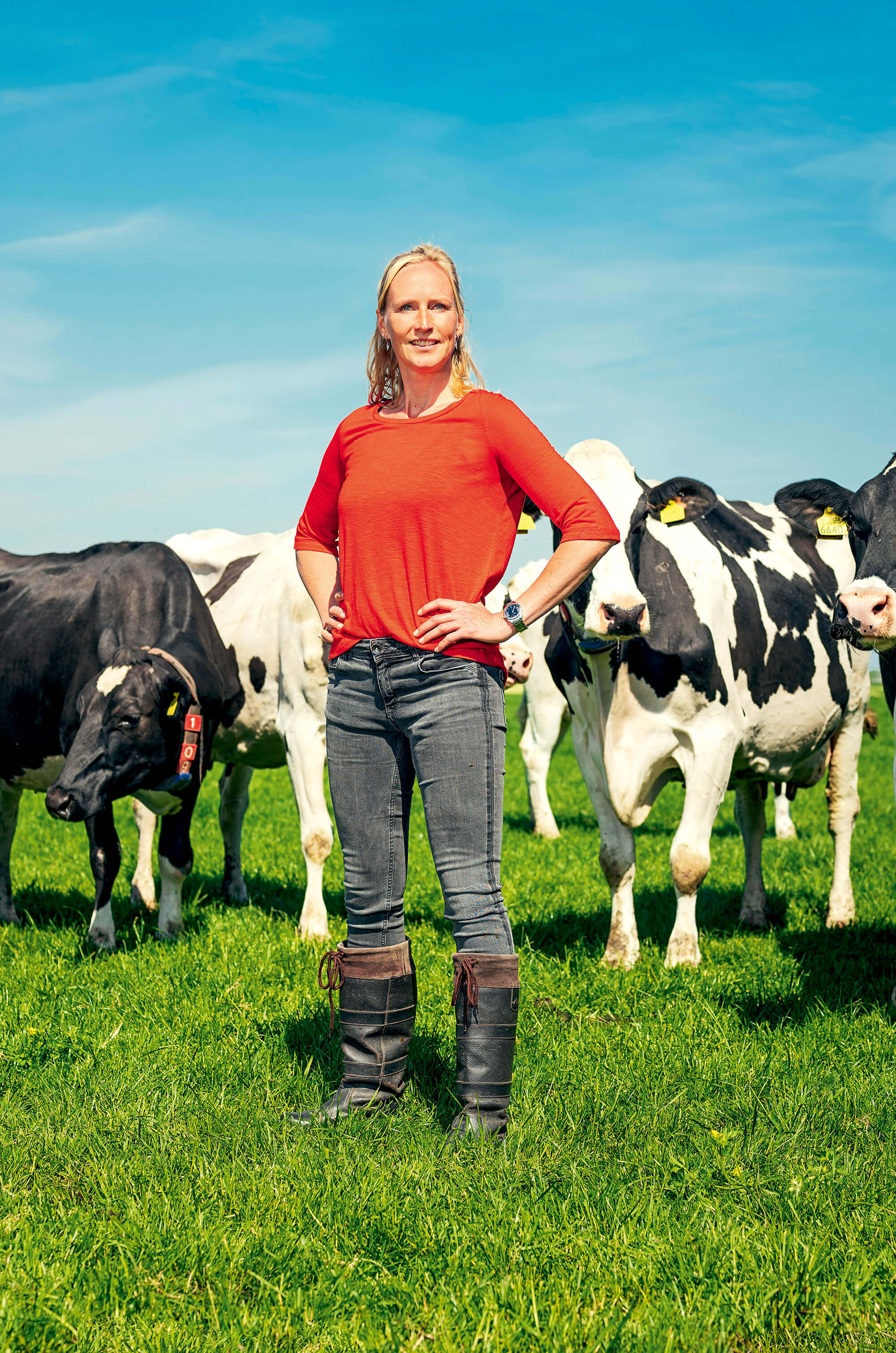 Dairy at the highest level

Due to the favorable climate and the professionalism of dairy farmers and dairy producers, the dairy sector makes an important contribution to the food supply, especially in Europe. 75% of all milk processed in the Netherlands remains in Europe.

The Netherlands is one of Europe’s top five milk producing countries. 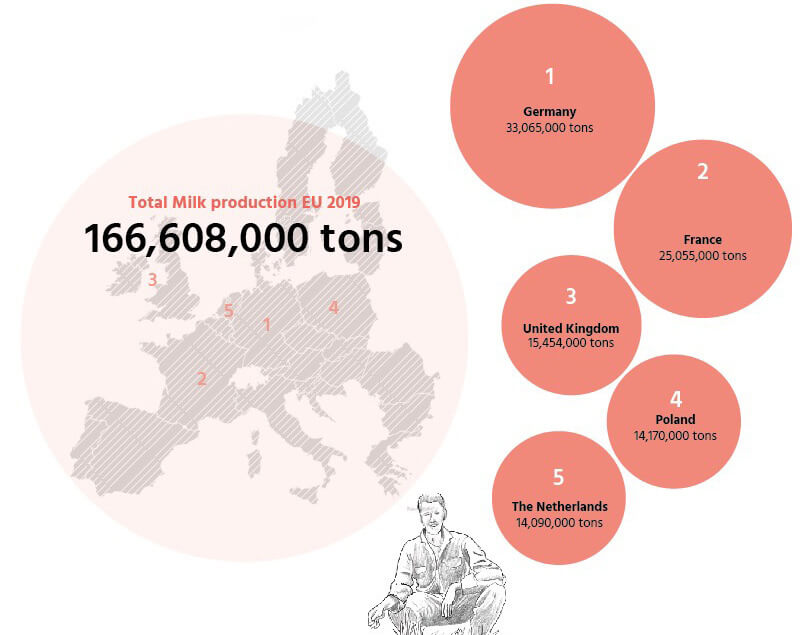 Dairy processing in the Nederlands 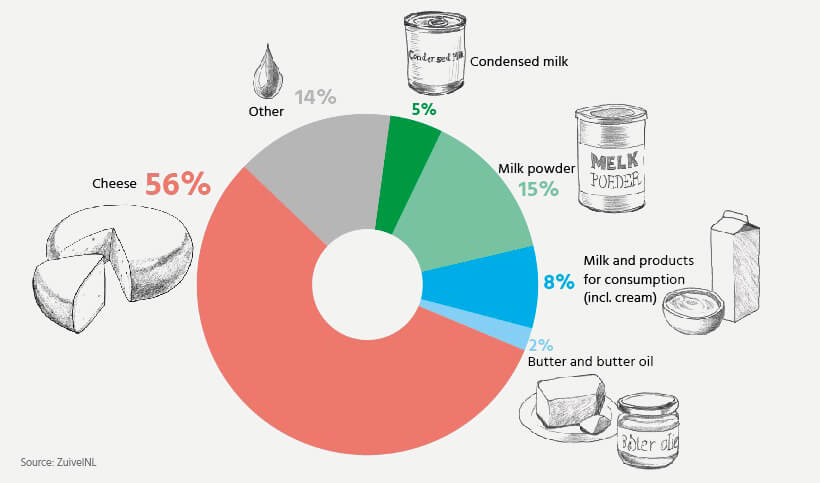 With an  exportvalue  of 7,6 billion euros, the dairy sector contributes 7% tot the Dutch trade surplus. Most of Dutch dairy products go to our neighbouring countries: 75% of all milk processed in the Netherlands remains in Europe. 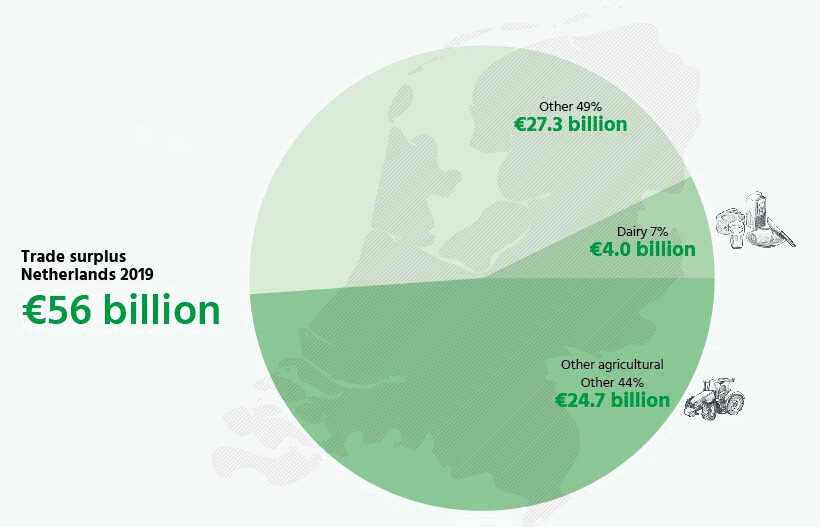 Export and import of Dutch dairy

75% of all milk processed in the Netherlands remains in Europe. Dutch cheese is one of the favorites, but milk powder and high-quality food ingredients are also important export products. Germany is an important trading partner for the Dutch dairy sector. The export of Dutch cheese to our eastern neighbors is worth 1.2 billion euros annually. 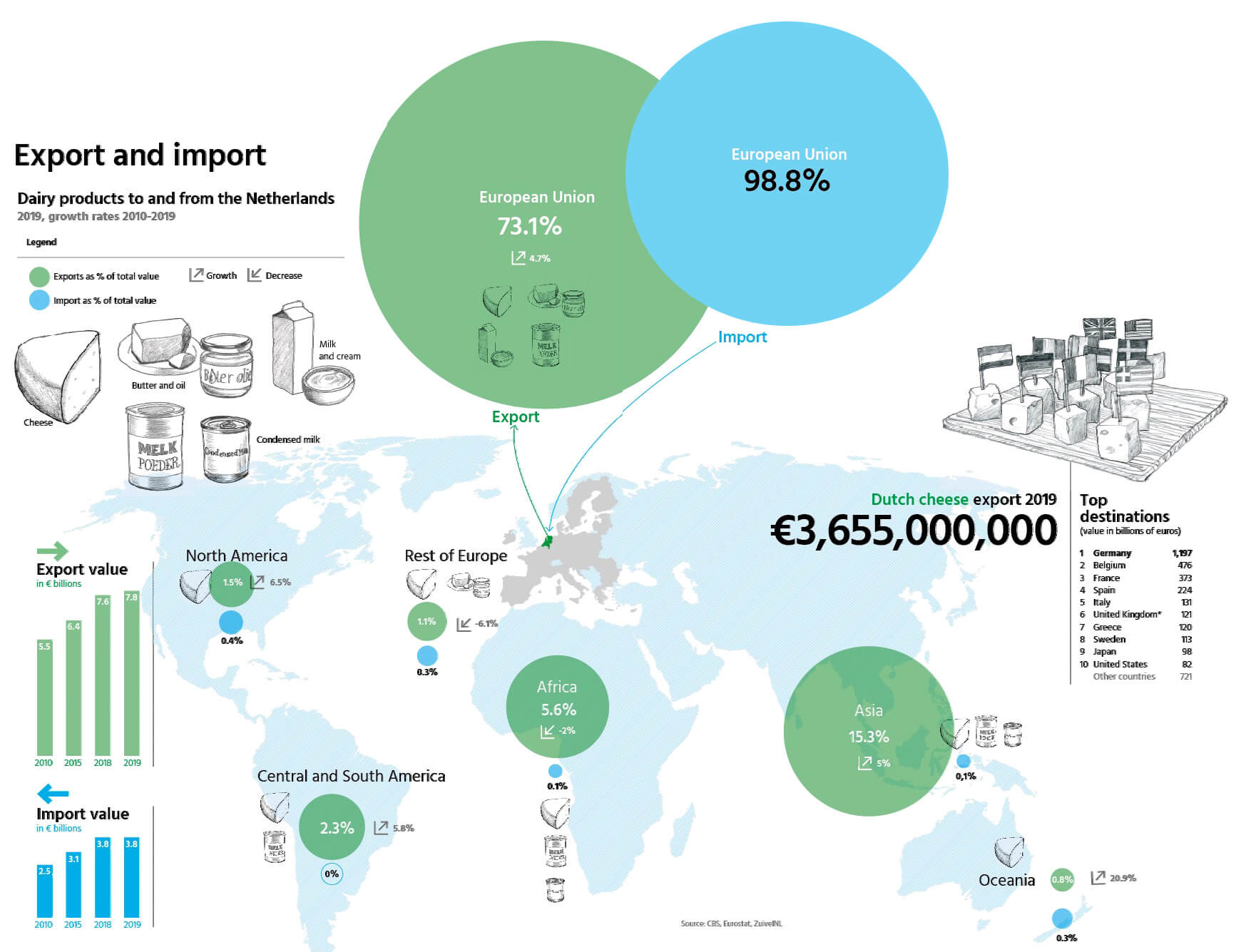 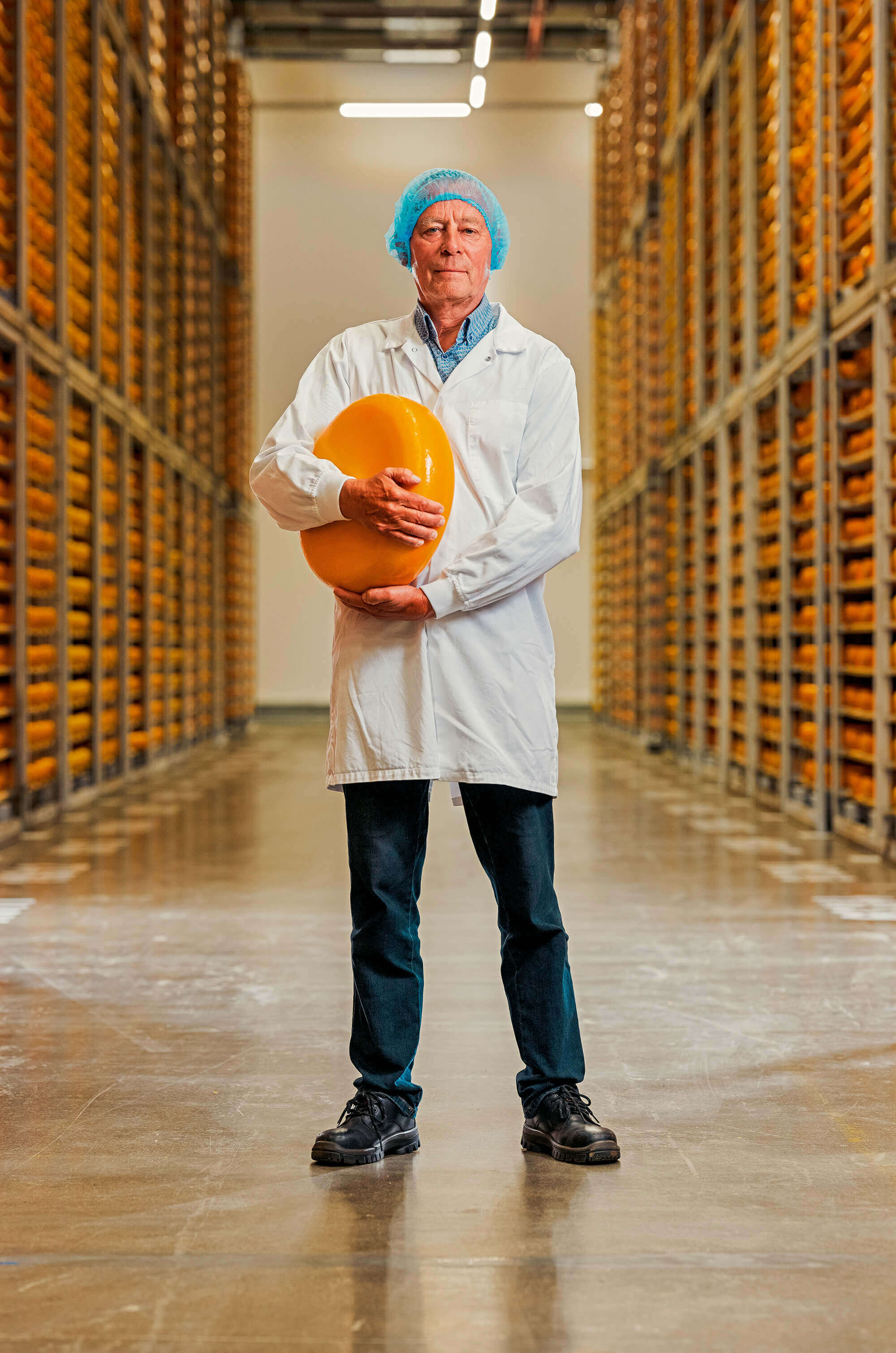 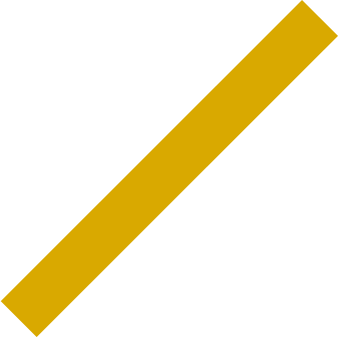 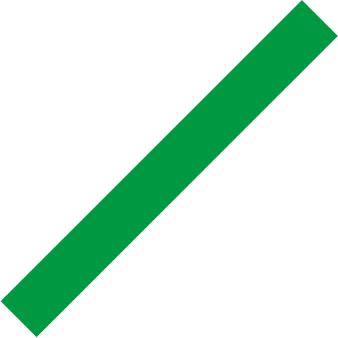 The quality of dairy

We are proud of how our cheese and milk have conquered the world market. But what makes the quality of Dutch dairy so exceptionally high? And who controls it? Wim van der Sande, director of COKZ, about supervision in the dairy chain.

Before cheese reaches the shop or super- market shelves, quite a few people will have been involved. The COKZ (Nether- lands Controlling Authority for Milk and Milk Products) is active throughout the chain from farm to supermarket shelves. Through this Netherlands controlling au- thority, the Dutch government supervises the dairy sector, among other things. “. “We safe- guard quality and ensure no mistakes are made,” says Wim van der Sande, Director of COKZ. For example, the inspection body takes care of practical tests and examinations for milk tanker drivers, supervises food safety in processing companies and keeps a register of companies.

When cheese has been prepared, an inspector springs into action. “In addition to the food safety research on cheese samples, to exclude Listeria monocytogenes for example, a proper quality check is carried out. It’s all about marketing standards. How does the product smell and taste? This is different for a Gouda than for a Leerdammer. And does a 48+ cheese really comply with the requirements for a 48+ label?” For dairy export, the COKZ has a management programme in place, featuring a variety of connecting modules for product groups such as cheese, curd, grated cheese and butter. Inspectors regularly take random samples and the COKZ issues export certificates if shipments comply with the legislation and regulations that apply in the Netherlands and the importing country. For exam- ple, producers are not required to have batch checks carried out and wait for the test results before they can export their produce. The final element is an annual administrative final inspection. “At this point, we re-examine the entire process. For example, did any farmer provide milk which didn’t meet the quality standards and when was this discovered?”

For dairy export, the COKZ has a management programme in place, featuring a variety of connecting modules for product groups such as cheese, curd, grated cheese and butter

COKZ employees (70fte) in Leusden, who work across several teams, each of which deals with a specific field, such as food safety, farms or inspections. There is a great deal of knowledge in-house, says Van der Sande. Ever since 1901 – which is when the COKZ was founded. When EU regulations made it obligatory to appoint a food hygiene supervisor; the Ministry of Agriculture, Nature and Food Quality opted for the COKZ. The NVWA, which was given the task to appoint a body, authorised the independent COKZ to oversee the dairy sector. The ‘hygiene package’ consists of five regulations with guidelines for producers. These include quality of raw materials, cross-contamina- tion, cleaning and staff training. “This was a continuation of the existing division of tasks, based on our knowledge. However, this approach is also more efficient. We pay a great deal of attention to quality in combination with food safety. As a result, NVWA auditors no longer visit us. We work together closely, according to protocols, and each year, we determine what actions we will be taking doing on behalf of the NVWA”.

Independent administrative bodies that carry out government tasks are a typi- cally Dutch phenomenon. Van der Sande reached this conclusion when working for the Permanent Representation of the Netherlands at the European Union in Brussels. “This has grown historically. In the Netherlands, the initiative to moni- tor quality often came from the sectors in question themselves and was not imposed by the government. Our dairy sector is a striking example of this. The way in which we make cheese is a true specialism. The accumulated experience is reflected in our organization.”

“The NVWA only certifies food safety, which, among other things, prevents transport of raw materials from areas in which animal diseases have been found. We guarantee quality and issue our own certifications, such as the certification for Gouda cheese. Gouda Holland, for example, has a protected designation of origin in Brus- sels, which is often how foreign custo- mers know about us. But internationally, we always present ourselves together with the NVWA and the Ministry of Agriculture, Nature and Food Quality”. Several countries attempt to imitate Gouda cheese but according to Van der Sande, these products don’t come close to Dutch quality. Because great care is taken to get taste, aroma and fat content exactly right, real Gouda cheese sets itself apart from the fakes. And this quality is in demand internationally. Every year, the inspection authority issues more than 80,000 certificates, for everything from small batches to full containers. The sector is considering introduction of a Dutch quality label that indicates that the milk from which the cheese is made was definitely sourced in the Netherlands.

Because great care is taken to get taste, aroma and fat content exactly right, real Gouda cheese sets itself apart from the fakes

According to Van der Sande, the secret of the Netherlands’ dairy success lies in cooperation. “I sometimes compare the COKZ with a neighbourhood policeman who knows exactly what’s going on. We have close ties to the sector, but remain independent. Both the NVWA and the Accreditation Council audit us. We also receive regular visits from the European Commission and authorities from coun- tries outside the EU such as the United States and China. If we could be com- pared to the neighbourhood police, then the NVWA would be a SWAT team, ready to act when things get out of hand. We create official reports, they determine the follow-up. This could be an administrative fine or revocation of a permit. For the lat- ter step to be taken, though, a company must have really made a mess of things. Recurring appearance of infections such as Salmonella or E.coli, for example, or breaches of hygienic working practices.” Van der Sande firmly believes in this col- laborative working model. “If one single large organization carries out all inspec- tions, they will have trouble adapting to developments and innovations in the field. He is convinced that the Dutch dairy chain has achieved a high level of safety and quality thanks to integrated knowl- edge and experience and independent supervision. 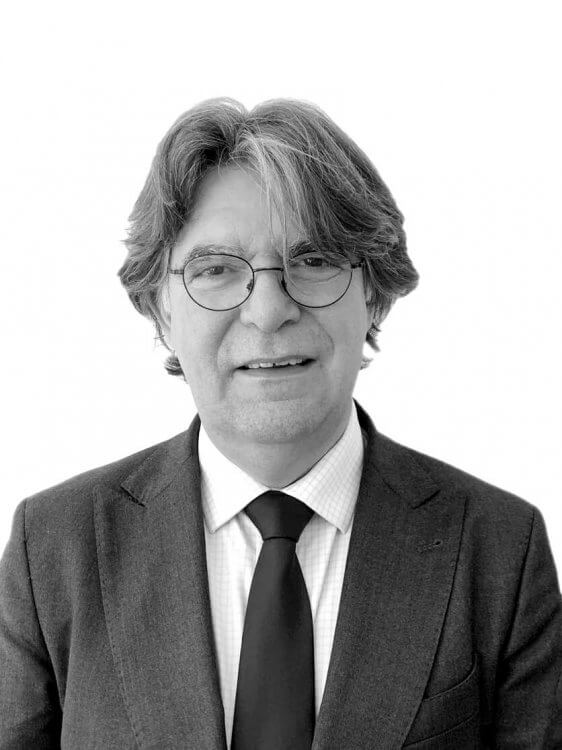 Wim van der Sande is director of the COKZ (Netherlands Controlling Authority for Milk and Milk Products) an independent body that monitors the quality of dairy products on behalf of the Dutch government. 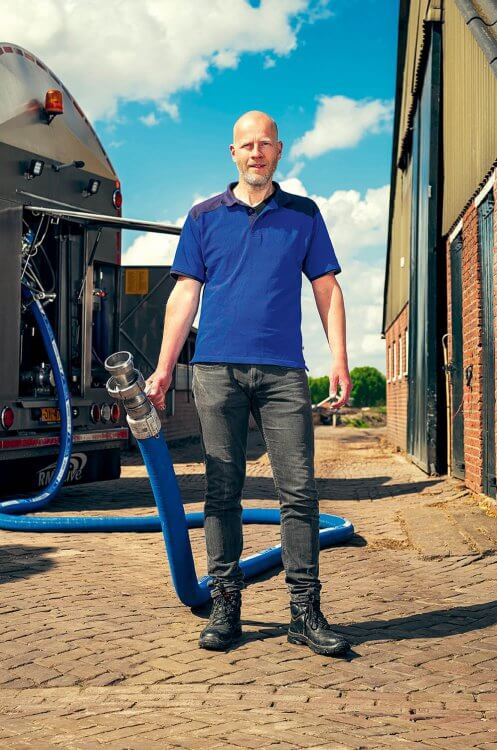 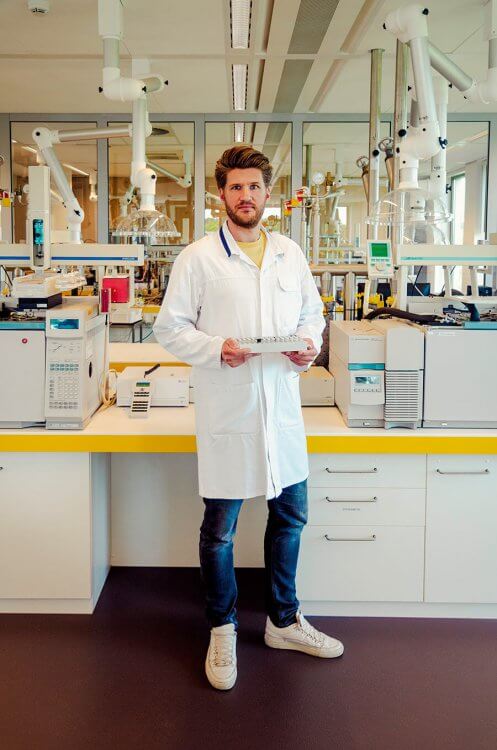 Download the English report “Dairy at the highest level”.

On quality, sustainability and export

With the publication of “Dairy at the highest level” the NZO offers more insight into the economic importance and quality of the Dutch dairy sector. The NZO is always open to discussions. In that way we create more understanding and together we can build a sustainable future.

More news on this subject will be available on this page.